An addition to the Beleura Gatehouse, this room was gifted by the family of Mary and John Twycross as a tribute to their enduring friendship with Klytie and Bill Pate.

Bill Pate and John Twycross grew up next door to each other in Elsternwick during the early years of the First World War and during the great depression. Bill and John, and later their fiancées, Klytie Sclater and Mary Rowe, were to become lifelong friends.

As Klytie Pate gained a reputation for her pottery, each exhibition would see a flurry of production. Her new pots were carefully wrapped in newspaper and loaded into the boot of the couples’ respective Austin A40s and transported to city venues. The Twycross family purchased a pot from each exhibition and in time, their collection represented each phase of Klytie’s evolving ceramic forms and glazes. Over many years, Klytie also made many birthday themed ceramic presents, and some in turn have been gifted for display in the Treasury.

The two couples shared holidays, including a number of overseas trips to Europe and America. These resulted in new directions and inspirations, such as the use of sand from the Grand Canyon in glazes. They holidayed locally at Rye and often stayed together at the Pate’s cottage in Montrose, Joliwynds, below Mount Dandenong. Each year in November on Guy Fawkes Day, the Twycross family stayed with the Pates for the fireworks at Olinda. Bill Pate was a man of steady temperament and a first-rate draughtsman and instrument maker. He was, in many senses, the perfect foil and support for the challenges Klytie faced as an artist.

Klytie’s work took pride of place in each house the Twycross family occupied. Later, when John Twycross rose to become chief general manager of the Westpac Savings Bank, necessitating a move to Sydney, he and Mary made bi-annual trips alone the Hume Highway for 30 years to do the Pate’s ‘books’ and to come together for family celebrations. The friendship spanning ninety years endured until the end of their lives in the first decade of the twenty-first century.

In building this museum, the Twycross family has donated specific pieces and ephemera of a personal nature to complement what has grown to be the largest collectoin of the works of one of the founders of Australian Studio Pottery.

The Klytie Pate Treasury is available for viewing during a scheduled House & Garden Tour or Recital. 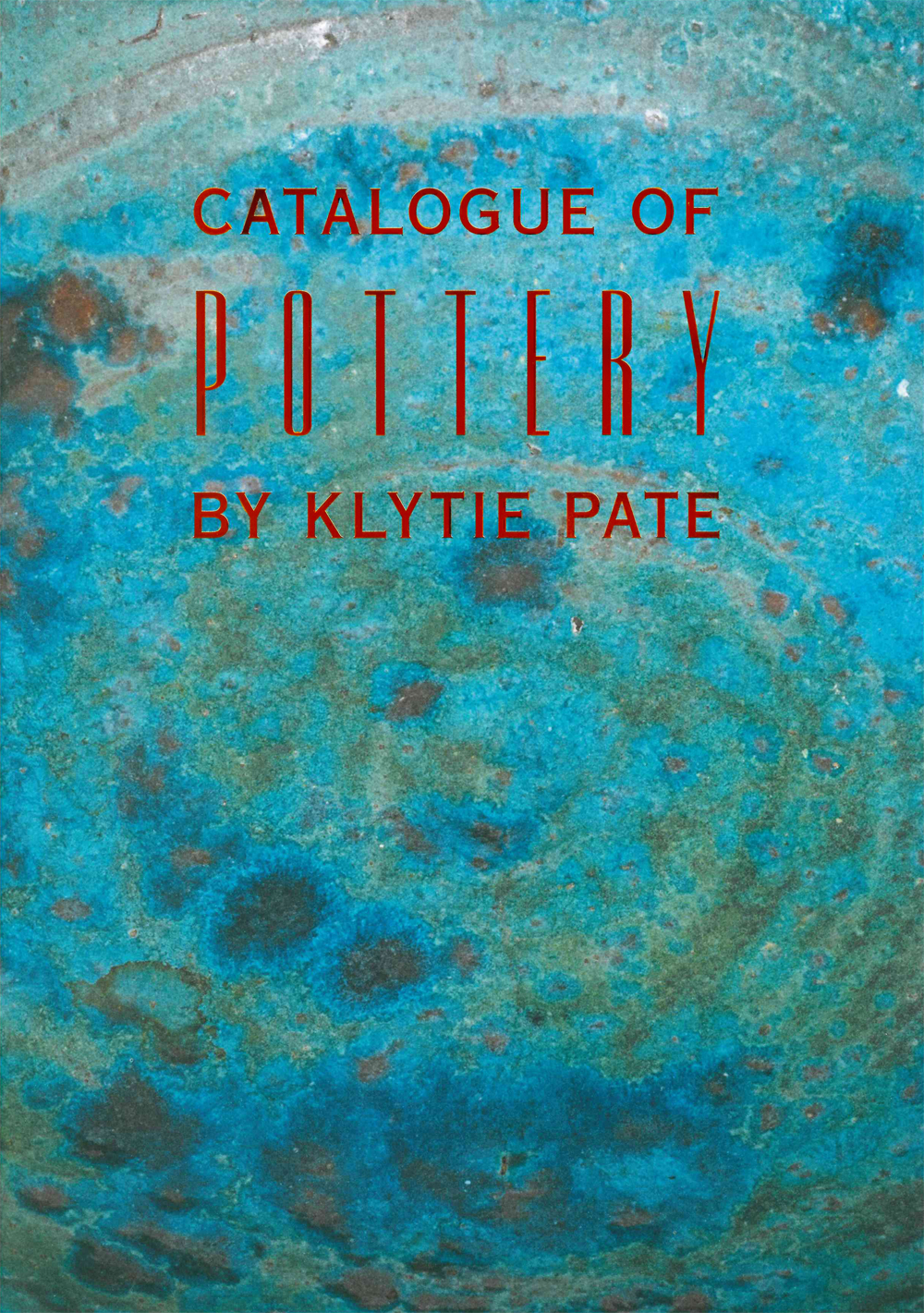 CATALOGUE OF POTTERY BY KLYTIE PATE

Available for purchase in the Beleura Gift Shop during a visit for a House & Garden Tour or Recital.
Can’t make it to Mornington? Telephone us and we can arrange to have a Catalogue sent to you. Please note that Shipping Charges will apply.